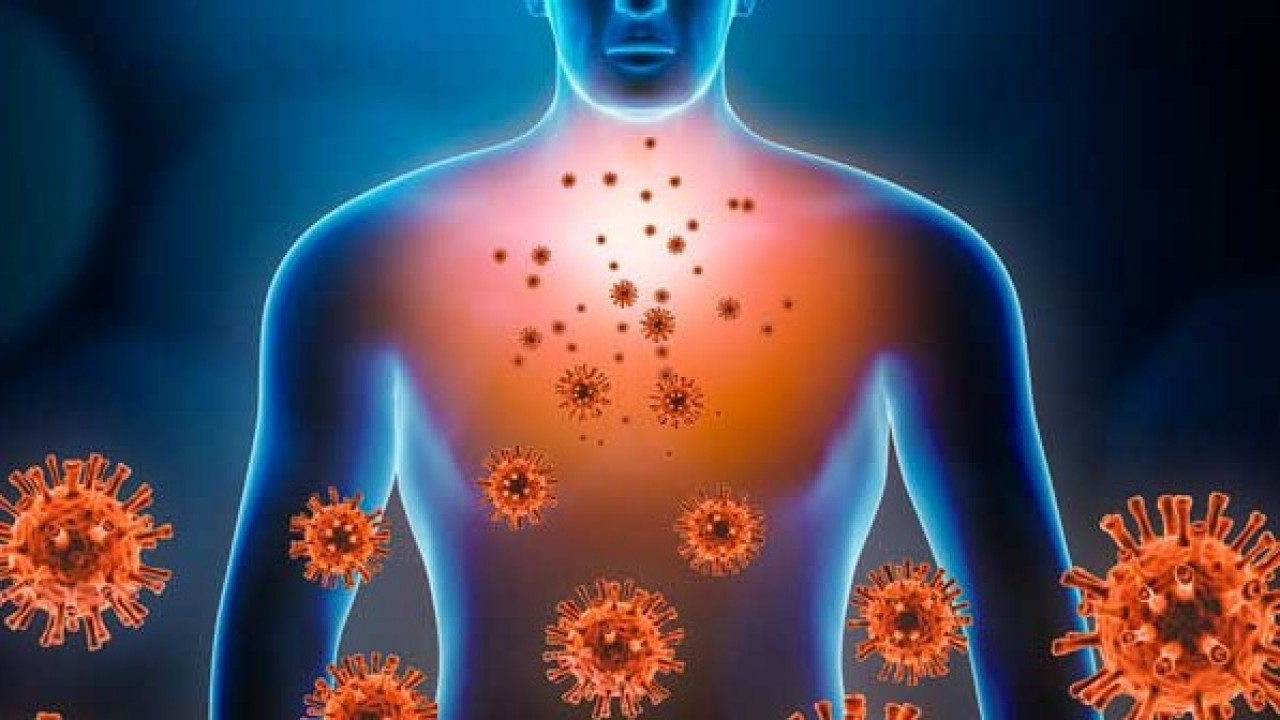 Amid warnings of a new surge in coronavirus cases, COVID-19 deaths in the United States hit the 1 million mark today, according to Johns Hopkins University, a chilling and tragic milestone for a pandemic still bringing waves of grief and disrupting lives into a third year.

By other measures, the nation hit the 1 million mark days or months earlier, which shows how hard it is to know the true toll of the disease. President Joe Biden last week ordered flags flown at half-staff at the White House and all public buildings and grounds, imploring Americans to "not grow numb to such sorrow."

The U.S. has the world's highest recorded death toll from the coronavirus, which has killed more than 6 million across the globe, and it got there at devastating speed, just 27 months after the first U.S. case was confirmed on Jan. 20, 2020.

The current 1 million toll is like the entire state of Delaware was killed over 2 years, or the population of San Jose, CA, the 10th largest city in the U.S., vanished.

But suffering is widespread globally. 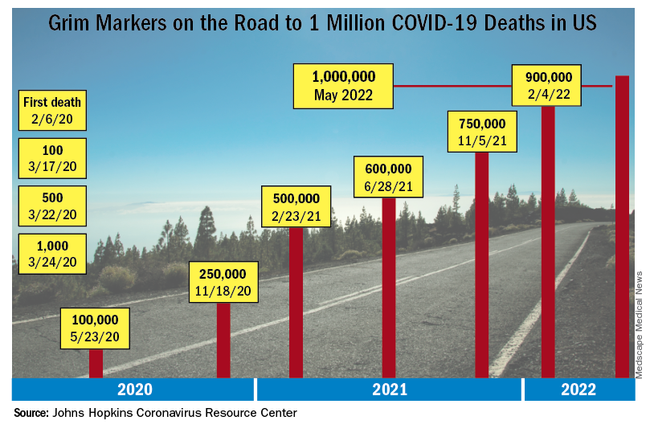 New estimates, as of May 5, from the World Health Organization (WHO) show that the “excess mortality,” or the full death toll linked directly or indirectly to COVID-19 between Jan. 1, 2020, and Dec. 31, 2021, was an estimated 14.9 million, far greater than official estimates.

Syra Madad, DHSc, an infectious disease epidemiologist at Harvard University and the New York City hospital system, says the May 5 recalculation by the WHO shows how hard it is to find a consistent, verifiable number.

There is also much underreporting of COVID-19 mortality in the U.S., Madad says. For instance, the death toll doesn’t factor in those who died of other issues related to COVID-19, such as lack of access to health care in the pandemic or delays in seeking care, she says.

A new wave of the pandemic has already begun in the U.S., experts at Johns Hopkins said this week. And the CDC has predicted another 5,000 deaths before the end of the month. Despite all this, here on the cusp of summer, the country is in a better place, compared to earlier this year during the Omicron surge. And access to vaccines means people have the choice to help protect themselves.

“It’s unfathomable that a virus that didn’t exist a couple of years ago is now the third leading cause of death in the United States,” Madad says.

“History should judge us harshly on the number of people that we could have prevented from getting infected, and from hospitalization and even dying,” she says, citing early missteps in use of tools and mitigation measures and often poor communication of health information.

One million deaths is a number no one thought possible in the early months of the pandemic, says Chris Beyrer, MD, an epidemiologist at Johns Hopkins .

He says it is four times the highest number that Anthony Fauci, MD, and Deborah Birx, MD, predicted when leading the nation’s COVID-19 response team in March 2020.

“One of the things this tragically underscores is that you can never get back the early phase of a response to a disease outbreak,” Beyrer says. “Very quickly, the response got politicized into red and to blue.”

“We did not have the kind of mobilization many other countries did.”

Critical time and lives were lost in the early days, with the lack of personal protective equipment, ambivalence around public masking with a focus on saving the masks for health care workers, and poor social distancing protocols.

Testing was one of the biggest disasters, Beyrer says.

“People were waiting in line for hours ill. That, it turns out, is a disastrous approach. We really paid for those early mistakes,” he says.

The “magnificent success” of the pandemic, on the other hand, came in vaccine development.

“The vaccines and the antivirals are the reason we’re not going to have 2 million deaths,” he says.

40% Know Someone Who Has Died from COVID

Beyrer says the most telling statistic is that 4 out of 10 American adults know at least one person who died of COVID, according to recent data from the COVID States Project.

Cindy Prins, PhD, a clinical associate professor of epidemiology at the University of Florida , underscored the tragedy.

“I really don’t think it had to be this many. There were points in this pandemic where people’s lives could have been saved,” she says.

Vaccines could have prevented so many more deaths, Prins says, but the messages got muddied.

She gave an example that when Omicron raged, the message was, “it’s not so bad. It’s mild.”

That gave people reluctant to get vaccinated more support for their position, she says. Comparisons between risk of not getting vaccinated and risk of vaccination were not explicit enough.

The 1 million number can have a numbing effect, Prins says, just as the length of the pandemic has people saying, “I’m done.”

“It’s a hard number for people to comprehend,” she says.

But remembering is critical.

“Those are 1 million loved ones. Every one of these people has a face and a story and people who cared about them and lost them.”

Prins says she remains hopeful the pace of hospitalizations and death will continue to slow.

But, she says, “We still have reason to be concerned about new variants, waning immunity, and another wave that could come at the end of summer, beginning of fall.” 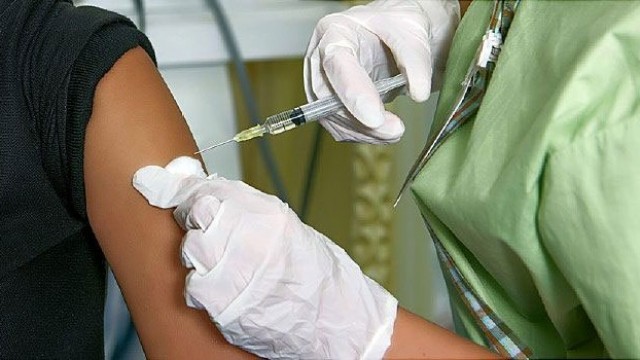 The FDA has authorized booster doses of Pfizer’s COVID-19 vaccine, clearing the way for millions of teenagers to get a third dose of vaccine starting 6 months after their second dose. The CDC quickly followed suit, allowing the boosters to begin...
General Health 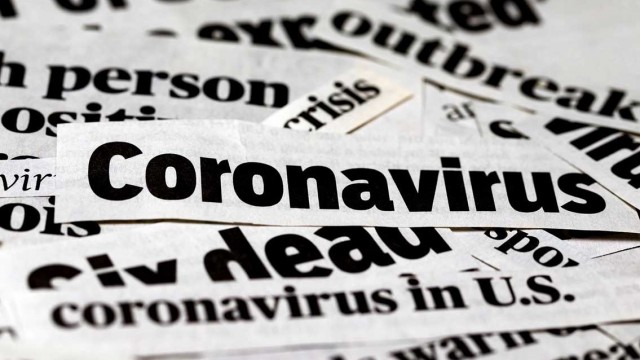 The COVID-19 outbreak in India continues to unfold, with record-breaking daily case numbers, oxygen for ventilators running scarce, and a transmission rate that points to things getting worse before they get better. Could such a scenario play out...
Follow Us
Advertisement