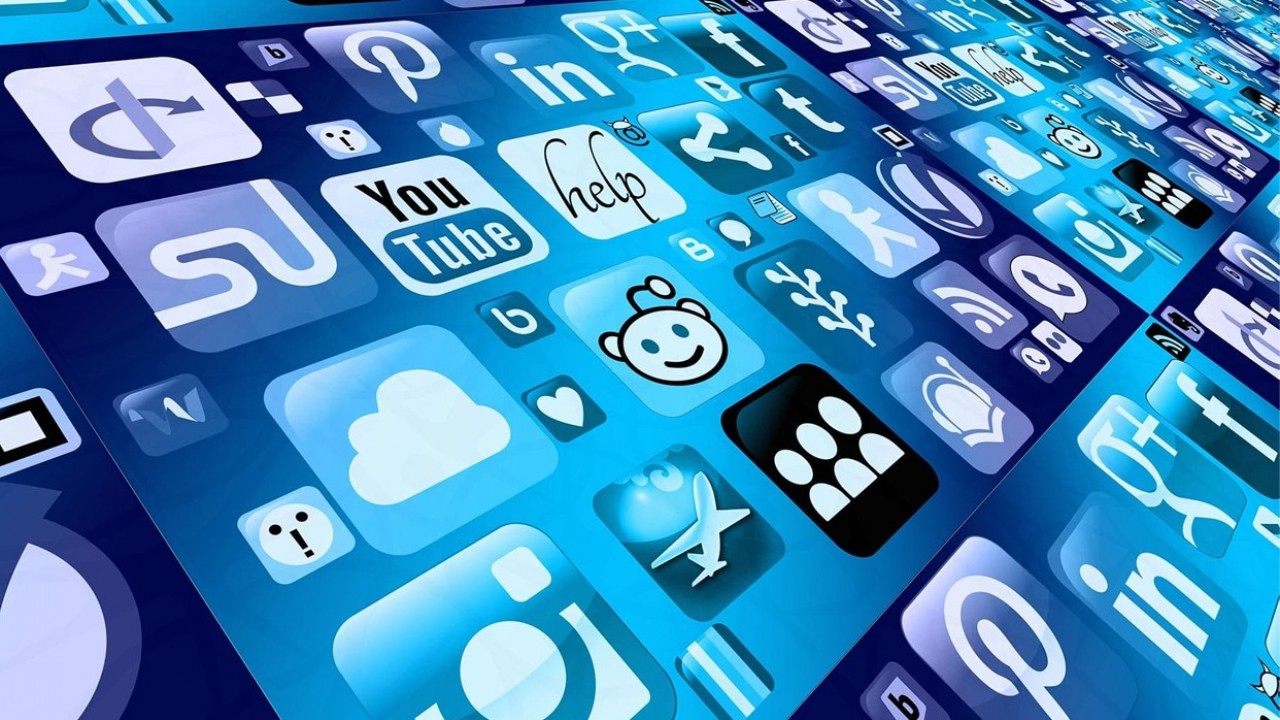 In July 2020, reality star Khloe Kardashian appeared on the television show The View. During her segment, Kardashian, who has 255 million followers on Instagram, touted the benefit of migraine drug Nurtec ODT.

She became a paid spokesperson for Biohaven Pharmaceuticals, maker of the migraine drug, a few weeks before her visit to the popular daytime talk show

A Biohaven promotional video aired during the show – an example of a growing trend of drug and medical companies hiring celebrities, patients, and advocates to tout their products

These “influencers” build niche followings on social media and build trust with their audiences through sharing their day-to-day experiences, personal accounts, and “life hacks.” They often get paid to market products online.

But unlike a typical influencer, patient influencers, or patient advocates, share their experiences with a particular medical condition, often for money or free or discounted products.

“It literally works within, for me, 15 minutes. And anyone with a migraine, for 15 minutes, of pure agony, they’re like knives in my head,” Kardashian told viewers about the migraine drug back in July 2020. “So, to have this relief, and to not be in a fog afterwards … I’m able to just go with the rest of my day.”

In March 2021, nearly a year after Kardashian’s appearance on The View, the FDA sent Biohaven Pharmaceuticals a letter warning that Kardashian’s claims were “false” or “misleading” and said the video violates the federal Food, Drug, and Cosmetic Act.

“While these claims may be an accurate reflection of the spokesperson’s own experience with Nurtec ODT, their personal experience does not adequately support the suggestion that the drug will provide ‘relief’ within 15 to 30 minutes,” the letter stated.

‘A Need for Marketing’ Amid Older Regulations

A rising number of pharmaceutical and medical companies are partnering with influencers to market their products and services on social media platforms, like Instagram and Twitter, according to early research findings published in the Journal of Medical Internet Research.

“A consumer medical product can only help someone if they know it exists, which creates a need for marketing and advertising, including through partners in social media,” says David Spangler, JD, a senior vice president at the Consumer Healthcare Products Association, an industry trade group for medical device, dietary supplement, and over-the-counter product companies. The FDA and the Federal Trade Commission have established regulations for drug and medical companies that advertise on social media.

But those guidelines haven’t been updated since 2014. So, more recent social media features, such as Instagram or Facebook stories, aren’t covered by the rules.

“Because we don’t know what happens in the direct messages, or even functions like stories where the post goes away in 24 hours, how is that being regulated?” says Erin Willis, PhD, co-author of the study. “There is a risk [to the person who sees the promotion] of being misinformed or not understanding due to low health literacy.”

It is critical that patient influencers and brand makers are clear in their responsibility “to disclose the relationship, in order to help keep the influencer’s recommendations honest and truthful and allow people to weigh the value of the influencer’s endorsements,” says Spangler.

Influencers, in other words, should be upfront and honest and tell their audience whether they receive money or free or discounted products for promoting a product or company.

Hesitancy about these commercial partnerships is understandable, says Meridith O'Connor, the founder of The Merit Option, a platform that aims to educate the public about chronic illness and patient experience.

She regularly shares her experience with myasthenia gravis – a chronic illness that causes your muscles to tire easily – through social media posts, speaking engagements, and guest blogging for health care companies. Through her partnerships with various health care industry stakeholders and pharmaceutical companies, O’Connor says she helps connect patients, industry leaders, and the general public.

“Patients are experts regarding their personal health experience, and that needs to be valued,” whether that be “financially integrated into business processes or health care policy,” O’Connor says. “Without patients, pharmaceutical and medical companies cease to exist.”

“It can be really hard to hold down a job when you have a chronic illness,” Dave says. “Taking on the role of an influencer and going onto social media does provide a degree of flexibility that other forms of work does not.”

After being diagnosed with ulcerative colitis at 6 years old and having severe health complications as a result, by the time she was in high school, she had gotten surgery to have her large intestine removed.

Given her health history, Dave felt her insight was valued by pharmaceutical industry leaders. But with drug prices still sky-high and largely inaccessible to those in need, she grew concerned that the industry mostly used patient influencers as social capital.

Patient influencers not being properly compensated for their marketing efforts is another concern, says Willis, an associate professor of advertising, public relations, and media design at the University of Colorado in Boulder.

“Some of our favorite TikTokkers, for example, can make $5,000 and upwards a post,” she says. “That’s not the same for patient influencers. That same profitability – that’s impossible due to the regulations that are in place right now.”

Promoting medical devices, such as a wheelchair, could be a way for patient influencers to share helpful resources, without the heightened risks that can come with marketing medications, says Molly Farrell, a content creator who runs an Instagram page offering tips on how to adapt clothing to fit specific needs.

Farrell had a spinal cord injury at a swim practice when she was young and became instantly paralyzed from the biceps down. She recalls a time after her injury when she only wore clothes that were easy to slide on and off – like pajama bottoms and T-shirts.

Her parents helped make clothing more accessible. For example, her father removed the buttons from a piece of clothing, and her mother sewed in a hook-and-eye latch. Now, through her Instagram page, she teaches her followers how to do the same thing.

“I don’t think that it is wrong to be able to try something, like a new pair of crutches, and maybe help someone else if I’m promoting and talking about that on my social media,” Farrell says.

When coming across patient advocate posts, it’s important to look out for keywords like #ads or #sponsored, so that you can view the content within an objective eye, Willis says. If you are interested in a prescription drug or medical device you discover through an influencer post, it’s critical to talk to your doctor before making any decisions.

“It’s OK to be informed by the patient experience,” she says. “But we need to make sure the information is credible, and we definitely need to be talking to our doctors about it.” 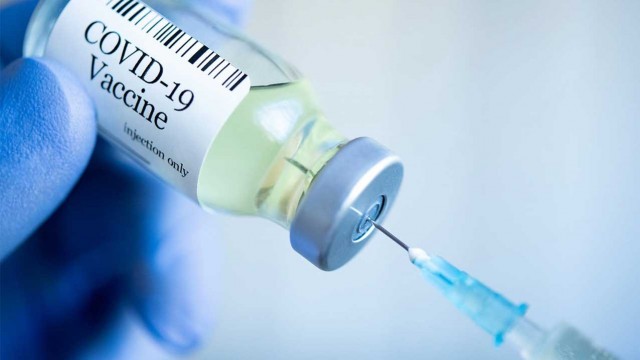 People who remain hesitant to get a COVID-19 vaccine may feel that way because of an association with traumatic events in childhood that undermine trust, including domestic violence, substance abuse in the home, or neglect, a new study suggests. The...
General Health 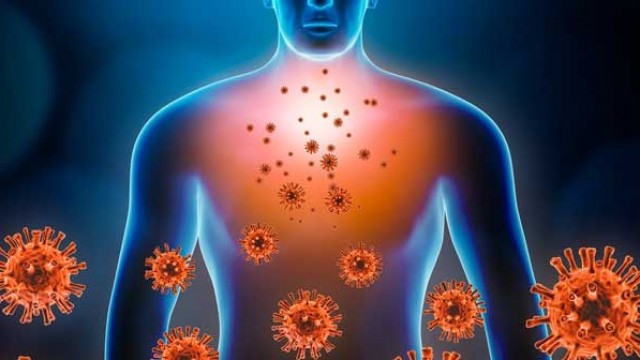 Amid warnings of a new surge in coronavirus cases, COVID-19 deaths in the United States hit the 1 million mark today, according to Johns Hopkins University, a chilling and tragic milestone for a pandemic still bringing waves of grief and disrupting...
Follow Us
Advertisement